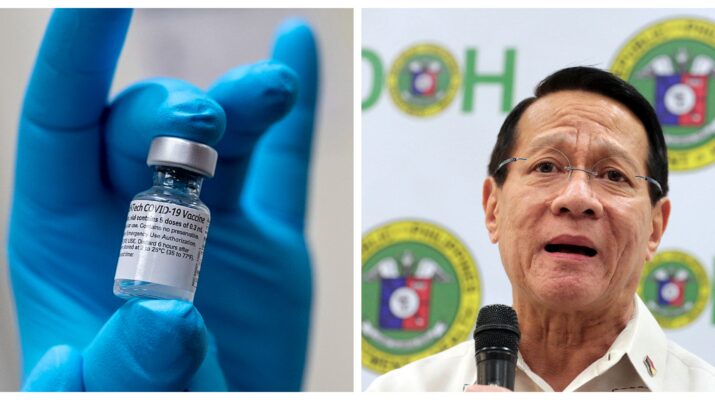 As pharmaceutical companies inch closer to developing a COVID-19 vaccine, countries race to secure doses to immunise their respective populations.

Governments rush to negotiate procurement deals with Pfizer and BioNTech, AstraZeneca, NovaVax, and Moderna – a few examples of multinational companies who are in the final stages of their clinical trials.

The United States already secured 100 million doses of the Pfizer-BioNTech vaccine alone and are still in the market for additional supply.

New Zealand also announced it has secured enough vaccine doses from suppliers to not only immunise their own population but that of their Pacific Island neighbours also.

Meanwhile, the Philippines have yet to secure a supply agreement with any of the vaccine producers.

Recently, it was reported that the country squandered an opportunity to acquire the sought after Pfizer-BioNTech vaccine thanks to a dereliction of duty by its health officials.

Senator Ping Lacson disclosed how Health Secretary Francisco Duque III “dropped the ball” on securing 10 million doses of the vaccine. Had the agreement been finalised, Filipinos would have been immunised as early as January 2021.

The Senator said Duque failed to provide the necessary documentation to finalise the deal with Pfizer-BioNTech, which had been successfully negotiated by Philippine Ambassador to the U.S. Jose Manuel “Babe” Romualdez and Foreign Affairs Secretary Teddy Locsin Jr.

Pfizer’s representatives in the Philippines even followed-up Duque on the required documents, while Finance Secretary Carlos Dominguez III did his part by guaranteeing the necessary funds for the procurement.

This gross negligence on the part of Duque meant the COVID-19 vaccine supply intended for the Philippines will go to Singapore instead. The tiny neighbouring country recently announced it had approved the Pfizer vaccine to be rolled out in their country by year-end.

It is another example of the incompetency and ineptitude of the Philippine government costing the public good. The COVID-19 pandemic has greatly hampered the country, inoculating the public is a critical first step to overcome the pandemic.

However, the explanation that the Philippines missed out on the Pfizer COVID-19 vaccine is plainly due to Duque’s complacency may be too simplistic.

The Duterte government has been reeling from the fallout brought on by the country’s COVID-19 outbreak. The economy is in shambles, the unemployment rate continues to be high, and experts are predicting another surge in new cases as the holiday season begins.

It would not be in the government’s best interests to be complacent about securing a COVID-19 vaccine supply. Thus, the Duterte administration is truly interested in immunizing its people – just not with the German-American made Pfizer-BioNTech product.

While efforts to secure the Pfizer-BioNTech vaccine fell through, the Duterte government is in the late stages of negotiating a supply agreement with China’s Sinovac Biotech Ltd for their COVID-19 vaccine.

The Chinese state-owned pharmaceutical firm applied to conduct clinical trials of its vaccine in the Philippines in October and confirmed they were about to commence earlier this month.

Government officials have also been suspiciously pliant to Sinovac’s application, despite apprehensions from the Department of Science and Technology (DOST).

Dr. Tony Leachon, a former government special advisor on the COVID-19 response, questioned the Duterte administration’s apparent prioritisation of the Chinese-made vaccine over Western-made alternatives which are in more advanced clinical phases.

He also questioned the Sinovac vaccine’s efficacy and safety, given their product is yet to receive approval from the Food and Drug Administration (FDA). Indonesia’s state-owned pharmaceutical company, Bio Farma, also reported that it could not ascertain the efficacy of Sinovac’s COVID-19 vaccine.

Contrast that to the Pfizer-BioNTech vaccine or the AstraZeneca-Oxford vaccine, which have both published their respective peer-reviewed efficacy results in renowned journals.

Sinovac’s vaccine also costs far more than Pfizer-BioNTech and AstraZeneca’s alternatives, which is puzzling given the Duterte administration’s own admission that it is struggling to find enough funds to vaccinate enough Filipinos.

It is baffling why the Duterte government would prioritise the Chinese-made vaccine over cheaper, more proven alternatives from a policy-making perspective. But in the context of President Duterte’s foreign policy platform, it becomes easier to understand.

The only logical reason why the Duterte administration would be so fixated on the Sinovac vaccine is to foster stronger ties with China. Throughout his term, President Duterte has been cosying up to the Asian giant in an attempt to pivot away from American hegemony.

It is hard to believe that a veteran public official like Secretary Duque would be derelict in his duties, particularly on such an important matter as securing a COVID-19 vaccine supply for the country.

Tackling the pandemic is on the top of his agenda as health czar, he would have been constantly reminded during every Cabinet meeting of his duty to secure the vaccine supply. President Duterte would directly compel him to complete those documents and finalise the deal if his administration really wanted to.

But to realise the Duterte government’s foreign policy agenda, it is imperative they please China by prioritising the Sinovac vaccine – never mind that their product is more expensive and has questionable efficacy.

Observers may shake their head in disbelief that Secretary Duque could be as irresponsible as to abandon his duty to secure a vaccine supply. It may be easier for them to accept that it may not have been a case of gross negligence after all, but a deliberate geopolitical tactic.