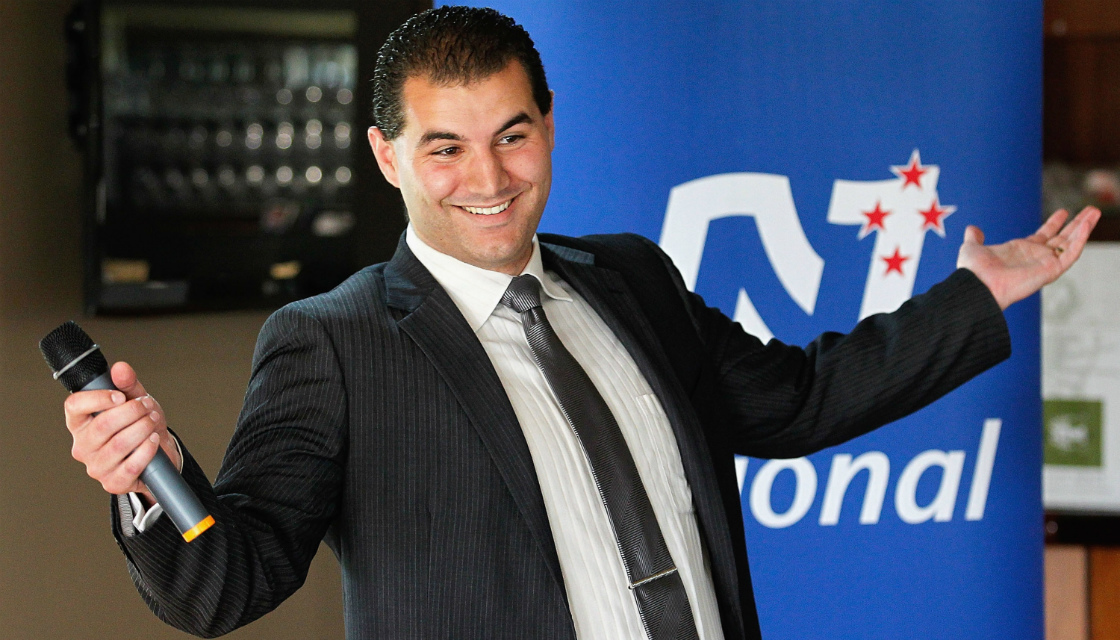 Plagued by controversy, Jami-Lee Ross fronted the media and unleashed the most memorable take-down of the National Party – which until that point he was an integral part of.

A day before, Ross was named by his leader Simon Bridges as the perpetrator for the leaking of the latter’s travel expenses information to the media. Adamant about his innocence, the MP from Botany fronted the media himself today and made staggering – potentially career-ending – allegations against the National Party leader.

Low confidence about his leadership

Ross began by questioning the Bridges’ leadership, emphasizing that the latter did not have the full confidence and support of the National Caucus. The rogue MP revealed Bridges’ approval rating in Caucus was -27%, which meant more National MPs disliked him than liked him.

“This rating is worse than that of [Phil] Goff, [David] Shearer and [David] Cunliffe during their time as leaders of the Opposition,” Ross added.

The Botany MP also admitted he used to be close to the Party Leader, even being Bridges’ “numbers man” for the leadership race to succeed Bill English. However, it became increasingly clear that Bridges did not have the qualities to be the Prime Minister.

Ross cited the Leader’s nationwide tour, the event which was the subject of his embarrassing travel expenses leak, as evidence: “[Bridges] went around the country talking to supporters only to be told that they don’t like him.”

Breach of the Electoral Act

The most damning allegation Ross made against Bridges was the latter’s alleged breach of the Electoral Act of 1993, when the National Party Leader deliberately intended to mask the identities of election donors.

Earlier in the week, radio host Duncan Garner confronted Simon Bridges regarding two donations which had allegedly been declared wrongly. The accusations took the Leader by surprise, but the extent of the wrongdoing was expounded on by Ross in his press conference.

The donations in question came from Tauranga local business Cubro Ltd. and a mysterious entity named only as “Cathedral Club”. During the interview with Garner, Bridges refused to explain who exactly the “Cathedral Club” was but according to Ross, it was a pseudonym intended to disguise the identity of the Tauranga MP’s close friend.

Ross reiterated: “the Electoral Act [of 1993] forbids falsifying the name of donors to hide their identities”, which was exactly what Bridges had committed.

“Because of this, I believe Simon Bridges is a corrupt politician,” Ross sounded off, to the surprise of listeners.

However, Ross revealed another breach of the electoral act which was not mentioned in Garner’s interview. It also involved a much larger campaign donation – amounting to $100,000.

The money came from an enigmatic Chinese businessman named Zhang Yikun, who had met both Ross and Bridges during a fundraiser event for Paul Goldsmith – the National list-MP based in Epsom.

The Botany MP revealed that both he and his Party Leader had dinner at the businessman’s home on the 14th of May, while the offer of a donation occurred during Goldsmith’s dinner just a week after – on the 21st of May.

Bridges asked Ross to collect the donation from Zhang, effectively making the latter as the “bagman” of the Party. According to Ross, the National leader had also asked him to split the full amount into three separate, smaller donations to mask the donor’s identity.

By portioning the full donation into smaller amounts, the National Party effectively circumvent the requirements under the Electoral Act and therefore hide the identity of their donor. This practice is done only if the donor is sensitive about being linked to the Party, or if the Party did not want to be associated with the individual donating.

Either way, it is an unlawful act forbidden by New Zealand law and if Ross can substantiate these claims then criminal sanctions can be placed against Bridges or even the National Party.

Perhaps even more telling was Ross’ allegations that the National Party President Peter Goodfellow would be told of the donation while general manager Greg Hamilton knew about Bridges’ attempt to conceal the donor’s identity.

According to Ross, both he and Bridges “discussed how to tell National Party president Peter Goodfellow” about the donation. Then on the 12th of September, Greg Hamilton had began questioning the identities of the “donors” who comprised the full $100,000 amount.

The National Party general manager appeared to prioritize receiving the donation rather than clarifying the legal ramifications of it. Released text message screenshots by Ross with his conversation with Hamilton also confirms that it was not just him, Simon and Todd McClay who were privy of the breach of the Electoral Act – the wider National hierarchy was also.

Allegations of sexual harassment and denial of “natural justice”

It became apparent what Ross’ motivations were for divulging such damaging information to the Press Gallery. Just weeks earlier, the Botany MP announced he was going on “medical leave” and relinquished his portfolios – Transport and Infrastructure – while also giving up his seat on the Opposition frontbench.

He revealed that his medical condition related to his mental health, which happened after National’s deputy leader Paula Bennett revealed to him that there were four women who had complained about his inappropriate conduct towards them.

According to Ross, Bennett had summoned him to her office and told him of the complaints. When he asked for more information – such as the identity of the complainants, when or where these alleged incidents happened – the deputy leader denied him with any further information.

Ross saw this as an attempt to eject him from the National Caucus, which he claims is due to his objections to Bridges’ style of leadership. He continued to press for more information regarding the complaints, which he called “natural justice”, but when he confronted Bridges the latter ordered him to stop “or else the four women will turn into fifteen women”.

The rogue MP likened his position to that of incoming United States Supreme Court associate justice Brett Kavanaugh, who was hounded by sexual assault allegations which were widely believed to be politically motivated. Ross also believed that the allegations against him were fabricated, in a move to oust him from his high-profile role in the Opposition benches.

Resignation from National Caucus and from Parliament

Citing his loss of confidence in Bridges and the National Party itself, Ross announced his resignation from the Caucus and also his seat in Parliament. This triggered a by-election in his electorate of Botany, which he intends to contest as an independent.

He expressed confidence that his fifteen years of experience in both local and central government will sway voters to re-elect him, and also stated he believed National “will run someone foreign to the electorate”. In the most recent by-election in Northcote, the Party ran Dan Bidois who was a longtime resident of Pakuranga prior to winning the seat.

Ross believed that his resignation and call for a by-election were both necessary as the National Party were going to invoke the Electoral Integrity Act – known colloquially as the “waka-jumping” law – to drive him out of Parliament.

Ironically, the bill – which was enacted by NZ First – was vehemently opposed to by National and yet they could become the first Party to ever use its provision. Ross knew about their plans as he disclosed there were “four or five MPs” still in Caucus who fed him with the information.

The REAL reason for Ross’ outburst?

In a report by politik.co.nz, political commentator Richard Harmon insinuates that Ross had other grievances against Bridges which is actually the “real reason” why he is speaking out.

According to the article, Ross – who was formerly an acolyte of Judith Collins – ended up supporting Bridges over the former in the most recent Party Leadership battle after the Tauranga MP promised him a big promotion if he did so.

Ross and Todd McClay were appointed to “whip” Caucus members to support Bridges, who promised the former the role of Chief Whip and Shadow Leader of the House, and the latter the portfolio of Foreign Affairs. The appointments would also be enough to land both members on the frontbench of the Opposition.

Despite being successful in helping Bridges, Ross was not made the Chief Whip nor given the role of Shadow Leader of the House – that went to Gerry Brownlee instead. Meanwhile, McClay received the Foreign Affairs portfolio as promised.

When Ross confronted Bridges over this, the incumbent party leader said his decision was to prevent making Brownlee his enemy. The senior National Party MP is one of the most high-profile members of their Caucus and he demanded either the role of Shadow Leader or the Foreign Affairs portfolio – Bridges decided to give him the former, sacrificing his promise to Ross.

In his press conference, Ross said he accepted the decision well but was annoyed when he also did not receive the role of Chief Whip. In summation, Bridges did not deliver any of his promises to Ross for supporting his leadership bid – but Ross persevered in supporting him, as he had been given a frontbench seat anyway.

However, Harmon suggests that Ross’ true motivations for his attacks against Bridges was because he felt betrayed by the latter’s failed promises to him. It would make sense that Ross could have wanted to undermine Bridges by leaking the travel expenses and by making this outburst, but the Botany MP insists that that was not the case.

“House of Cards” or “Game of Thrones”?

It has become a cliche in the political world to compare contemporary scandals to the fictional TV series “House of Cards”.

For one, the Ross-Bridges saga bears an eerie resemblance to the Netflix series as the plot revolves around an ambitious caucus whip (Frank Underwood) who felt betrayed by his party leader that he clandestinely plotted his ouster by leaking information to the media.

However, the further revelations by Ross has evolved this saga to look more like another TV series – “Game of Thrones”. The plot of that show is based on several warring factions, all plotting to take each other down to become the absolute rulers of their realm themselves.

I believe that the National Party fracas is more akin to “Game of Thrones” – we see different factions trying to undermine each other, all wanting to become the leaders of the Party themselves. Ross divulged that he still had “4-5 MPs” still talking to him, feeding him with insider information; it is also worth remembering that the internal polling gave Bridges a net negative approval rating – which means there are more members of his Caucus who want him out.

It will only be a matter of time before we see another Jami-Lee Ross emerge from the evidently feeble National Caucus, but until then the Party can worry about the devastating effects of Ross’ eruption.

4 thoughts on “The Eruption of Jami-Lee Ross”