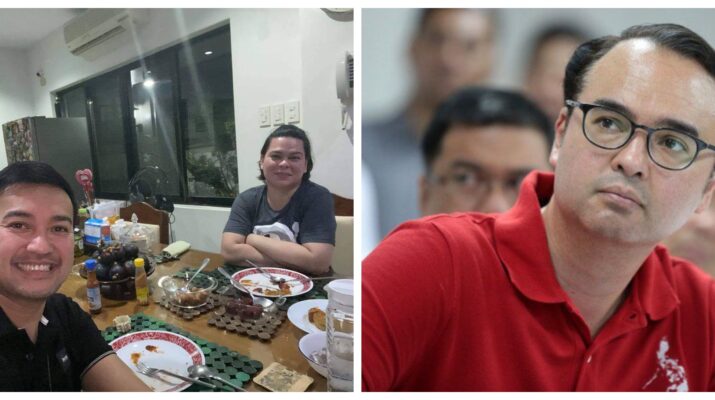 The struggle for House Speaker has culminated with Marinduque congressman Lord Allan Velasco emerging on top.

After more than a year of playing tug-of-war, he has outmuscled incumbent Speaker Alan Peter Cayetano for the coveted position.

In an attempt to quell the infighting, the President himself brokered a term sharing deal between his two allies: Cayetano – his running-mate in the 2016 elections – assumes the position first and would serve 15 months.

After which, Velasco, who is Duterte’s PDP-Laban party-mate, would then succeed him and serve the remaining 21 months of the 18th Congress.

Cayetano’s term as Speaker would have concluded this month, but he was showing no signs of relinquishing his position. In particular, he justified the need to pass the 2021 national budget for him to continue leading the House of Representatives.

To solidify his hold on power, Cayetano and his allies even removed congressmen friendly to Velasco from key positions in the House.

Representatives Isidro Ungab and Doy Leachon were ousted from their committee leadership positions, while Rep. Mikee Romero was replaced as deputy House Speaker by a lawmaker more loyal to Cayetano.

Then, in an attempt to demonstrate he had a mandate from the House Cayetano staged a mock resignation late last month. He ‘offered his resignation’ and put it to a vote where a majority of his fellow lawmakers voted to retain him as Speaker.

However, these efforts proved futile as a majority of congressmen voted to install Velasco as the new Speaker in a session outside the House of Representatives.

It was a bizarre moment, a total of 186 legislators convened in a sports complex in Quezon City and announced, first, the position of House Speaker as vacant, then declared Velasco as the new leader of the House.

As expected, Cayetano questioned the legitimacy of Velasco’s election as Speaker, calling the latter a “fake”. He even went on to say the vote that happened was “illegal”, pointing out that House sessions are still suspended.

A constitutional crisis was born, who rightfully holds the position of House Speaker – the nation’s fourth most powerful position? Despite Velasco receiving the affirmation of 186 members of Congress, Cayetano says that he too has the support of 200 of his colleagues.

Regardless of what support Cayetano may have, Velasco assured himself of victory by tapping into a very powerful equalizer.

On the 9th of October, Velasco met with President Duterte’s daughter, Davao City Mayor Sara Duterte. This was widely seen as an endorsement by the Presidential daughter for the former to assume the Speakership.

Only two weeks earlier did Cayetano successfully obtain the support of a majority of his fellow lawmakers in the House.

By Monday, 12th October, merely three days after Velasco’s meeting with Mayor Duterte, the House majority shifted its support to the Marinduque congressman instead.

Undoubtedly, Mayor Sara wielded her influence as the President’s daughter to tip the scales in favour of Velasco.

This should not come as a surprise, she had been at odds with Cayetano since the battle for House Speaker begun last year. The Davao City mayor has also been vocal about her preference for Velasco to be Speaker,

Perhaps the strongest evidence of Mayor Sara’s influence in ensuring a Velasco victory was when her brother, Rep. Paolo Duterte, was given a plum position only hours after the transition of power.

This is considered as Velasco returning the favour to the Duterte siblings.

The freshly-minted House Speaker wasted no time rewarding his supporters upon assuming the helm.

Quezon 4th District Rep. Angelina Helen Tan regained her previous role as chairperson of the House committee on health after having it stripped from her by the Cayetano administration last week.

It can be expected that other pro-Velasco casualties of the “Speaker Wars” – Ungab, Romero, Leachon, et al – will be returned to their previous roles with their ally now at the helm.

Velasco’s ascent as House Speaker will leave his allies jubilant, but for many Filipinos, life goes on. While the Speaker Wars was ongoing, the rest of the country suffered from the worsening COVID-19 pandemic – with the Philippines now having the 18th worst outbreak in the world.

The International Monetary Fund (IMF) also sees the country’s GDP contracting by 8.3 per cent in 2020, as the economic impact of the pandemic was left unabated as lawmakers squabbled over the Speakership.

Rep. Velasco may be cherishing his new post as House Speaker, and his allies may be in a celebratory mood, but may they realise the urgent task in front of them to mitigate the COVID-19 pandemic and rebuild the country’s economy.