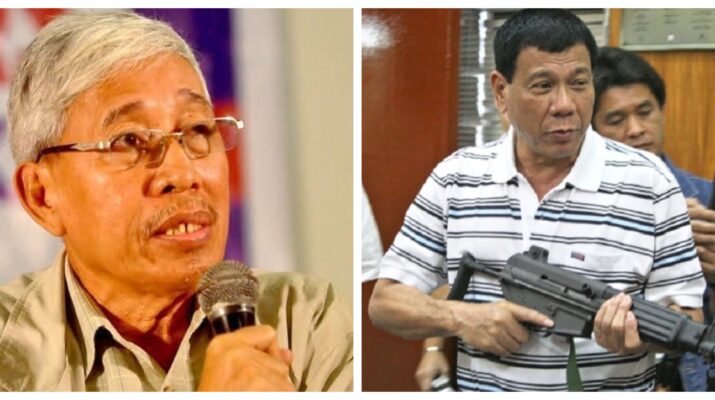 Only a few weeks after the passage of the Anti-Terrorism Law, the expected crackdown on anti-government activists has stepped up.

The draconian legislation would give the Executive unprecedented powers, including the ability to detain or conduct surveillance on “suspected terrorists”.

An Anti-Terrorism Council (ATC) would be formed composed mainly of Cabinet officials, who – under the rule of President Rodrigo Duterte – are mostly ex-military or ex-police officials.

Many activists feared that the powers created under the ATL would be used to crackdown on dissent. The Duterte government assured the public the legislation was being brought in to rein in on alleged “terror threats”.

Recent events have proved the activists’ side to be correct.

On early Monday morning, long-time activist Randall “Randy” Echanis was slain by unknown assailants inside his Quezon City residence. The culprits also took the life of his neighbour, who came to Echanis’ rescue upon hearing the commotion.

“Ka Randy” was a peace negotiator for the National Democratic Front of the Philippines, he had actively participated in peace talks with the Duterte government in 2016 and 2017.

He was also the chairman of Anakpawis, a peasants’ advocacy political party and the deputy secretary-general of Kilusang Mambubukid ng Pilipinas (KMP), a peasants’ welfare organisation.

Echanis was a staunch advocate for the rights and welfare of impoverished Filipino farmers. At the time of his death, he was fighting an illness that rendered him bedridden – this fact did not deter his assailants from taking the life of an unarmed, feeble 72-year old man.

While the identity of his assassins have yet to be determined, Echanis follows a long list of activists who have either been assassinated or arrested during the COVID-19 pandemic.

In May, urban poor leader Carlito “Karletz” Badion was found dead in Ormoc City, Leyte province. He was the Secretary-General of Kadamay, an organisation that had been “red-tagged” by the President Duterte himself in the past.

Badion’s colleagues in Kadamay believe the military – with blessings from the Government – were behind his death.

They said Badion had received several death threats prior to his assassination. He was also subjected to “red-tagging”, being accused of helping the underground guerrilla movement, the New People’s Army (NPA).

It is believed he was abducted by State forces, who then left his lifeless body near a highway in Leyte.

A month earlier, another activist fell victim to covert assassins as well. Jory Porquia, coordinator for party-list group Bayan Muna, was gunned down by masked gunmen in Iloilo City.

Much like Echanis, Porquia was a lifelong activist who also mobilized against the regime of Ferdinand Marcos. At the time of his death, he led feeding programs for impoverished families during COVID-19.

Adding insult to injury, after his death Jory’s wife – Josephine – was subjected to red-tagging Before his assassination, Porquia himself was red-tagged including his organisation, Bayan Muna.

Echanis, Badion, and Porquia committed no crimes. They merely criticized the Duterte administration’s response to the COVID-19 pandemic – which has seen people begging on the streets to survive, the economy shrinking by 16.5 per cent, and record unemployment.

As the Philippines struggles to contain its COVID-19 outbreak, taking the unflattering title of being the epicenter of COVID-19 in South-East Asia, its Government is going after activists instead.

When efforts should be focused on arresting the viral outbreak, the Duterte Regime is arresting and persecuting activists opposed to its administration instead.

Their efforts have become easier with the passage of the Anti-Terrorism Law.

Although the Duterte government may justify the creation of the draconian law as a necessary tool to combat “terrorism” during the COVID-19 pandemic, in practice it has become a tool to crack down on dissent.

Even before the passage of the Anti-Terrorism Law, many prominent activists have been extrajudicially killed under the Duterte regime. It is frightening to think of how many will follow now that the legislation makes the crackdown on dissenters a lot easier.

One thought on “Philippines: Heightening fascism is slowly unraveling, weeks after the passage of the Anti-Terror Law”